Talking Politics with Cenk Uygur of The Young Turks

I was fortunate enough to have the opportunity to sit down with Cenk Uygur, the creator and host of The Young Turks, a progressive political commentary powerhouse on YouTube that boasts over three billion total views. The channel presents a no-holds-barred approach to politics, where the TYT team offers honest and open analysis from a liberal perspective on political stories from around the country. In this wide-ranging interview, Cenk discusses the presidential race, how tech is changing politics, and his excitement for a new breed of journalist that the internet is creating.

I&T Today: Have you enjoyed covering this election?

Cenk Uygur: It has been fantastic covering the election. I’m also thrilled with the numbers that The Young Turks has been getting. I’m not as surprised about this election as some people in the media have been. Our show is online, so we have a much better bead on the online generation, the millennial generation. As the TV people continue to be shocked and often times chagrined by what has happened, I find it predictable, although greatly encouraging.

I&T Today: How have you reached three billion views for the channel?

CY: The numbers have been skyrocketing. Last year we reached 100 million views on YouTube per month and now we are at 140 million views. On Facebook we hover around 35-50 million views a month. Last February we had 555 million minutes viewed. That’s a thousand lifetimes.

I don’t see why anyone would watch TV anymore. Our coverage is so much more engaged and passionate. Instead of listening to a bunch of news actors tell you what’s happening in the world, why not have people who care about the news and are passionate tell you about it? And for the younger generation that is a no-brainer. Why would they have a robot like Wolf Blitzer tell them the news? What possible interest would they have in that? It’s a whole new world.

I&T Today: In this election, we have seen a ton of erosion of traditional power structures from the media to party systems. Do you see this trend continuing?

CY: Absolutely. If the establishment was unnerved by 2016, wait until they get a load of 2020. They might be able to stem the tide, but by 2020 it will be a tsunami. What they are seeing is the waters receding, and they keep going closer to the water like “Hey, I wonder what is going on.” Here’s what’s going on: there’s about to be a tsunami crash on their head. They think they can put this genie back in the bottle; they can’t do it. This revolution is not going to be televised.

I&T Today: What do you think about the idea of crowdfunding political money as an alternative to the corruption of super PAC money?

CY: Yes and no; There’s a really nuanced answer there. In terms of politics, on a presidential level, I’m very excited about it. Bernie Sanders has proven that not only can you do it but you can do it on a larger scale than the super PACs. I find that to be great news. On the other hand, I don’t want people to get deluded by the presidential elections. More money still wins 95% of elections. The presidential race is an outlier because there is so much free media. Whereas, if you’re running a congressional race in Montana there is almost no free media. So it ends up the only megaphone you get is the one you buy. That’s why the donors still control congress. That’s why congress doesn’t do anything; that’s why it’s beholden to the lobbyists. Debbie Wasserman Schultz…helped payday lenders charge 300% interest while pretending to be a progressive. The answer is still to get all private money out of these elections. 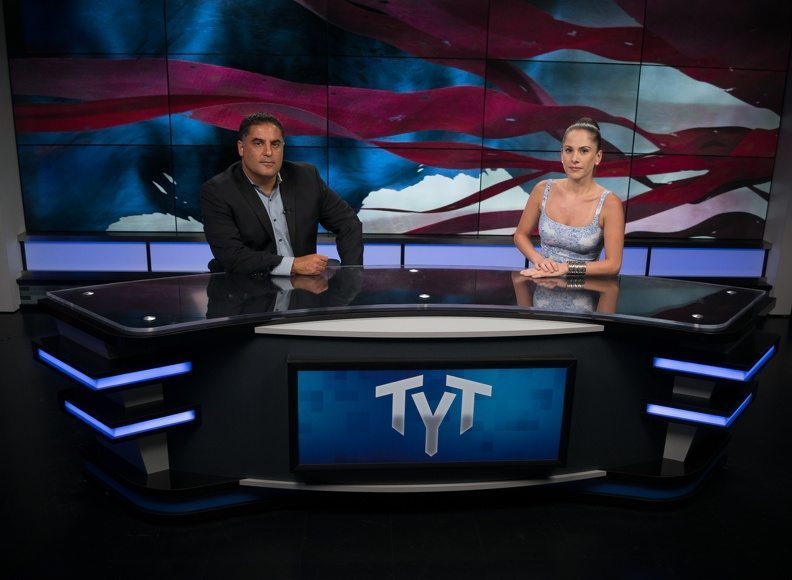 I&T Today: Obviously the internet is driving so much of this shift. One thing I’ve noticed is once you get used to listening to independent voices online, whether they are conservative or liberal, it’s really hard to go back to these phony cable news shows.

CY: You nailed it. We’ve changed the paradigm. Before it was weird when we were acting in an authentic way. The question we would get most often is “Are you allowed to say that?” You then realize that, no, the online people are real and the TV people are fake and talk like no one else on the planet. Cable news is in a world of trouble. No one talks like that in real life.

I&T Today: Do you think MSNBC and CNN will still be around come 2020?

CY: That’s a really good question. Will CNN still be around? Yes, they are part of Time Warner. It’s a giant company. They’ve got CNN International. They still have subscriber fees. They’ll hang in there. Those subscriber fees from cable are going to get knocked out substantially, and that’s a good source of their revenue, so they might be in bad, bad shape by 2020. Fox News just makes too much money and has actually just reached an audience in a way that’s far more authentic, even if I vehemently disagree with it, so they’ve got a real brand. I think they’ll be around for a long time. MSNBC—I would be surprised, perhaps shocked, if MSNBC is still around in 2020. They have no brand, they have no strategy, they have very little revenue. I don’t know what they have, and I don’t think they know what they have.

CY: No way. I love Bernie Sanders, and he would have had no chance in any previous election I have ever seen. Period. They wouldn’t let Bernie Sanders speak at any of the previous conventions, let alone the idea that he could actually mount a campaign that would actually challenge a prohibitive, mammoth favorite like Hillary Clinton and take her to the brink, is unthinkable in any previous election…Now, all of a sudden, it’s a whole new world…

Trump’s a different beast. Yeah, he relies on online media and Twitter, but he doesn’t raise the kind of money Bernie Sanders raised online. He doesn’t have the same grassroots support online…I think people are over-focusing on his use of Twitter…I think the Trump phenomenon is also a fascinating phenomenon, but a different one. People are freaked out, like, “Oh my God, this reality show guy is now winning,” but, if we think about it, in the 1980s the most popular entertainment format was movies, and we had an actor who was president. So now the most popular format on television is reality shows, so we have a reality show host who’s in contention to become president. We shouldn’t be overly surprised by that. It’s just a function of the entertainment that we have. We turn all of the news entertainment; we can’t be surprised when an entertainer is doing well in the news. That means that 20 years from now we’ll probably have the YouTube president. Someone who is a YouTube star now, or maybe then, vies for the presidency.

CY: I’m going to have real problems with my birth certificate. Might be a slight issue (laughs).

CY: We now have enough resources to be able to do field reporting as well. The channel we opened up is allowing us to do the kind of coverage TV doesn’t bother to do. So we would go…talk to Trump supporters and Kasich supporters and do a compare and contrast. It’s so telling…So it’s like a snippet into what’s happening on the ground that I don’t think anybody else is giving. We have the bandwidth to be able to do that, whereas TV has to say, “Okay, is this going to replace the Donald Trump rally that we’re running 24/7?” They only have a certain amount of time they can put on air whereas we have infinite time so we can really get into the nuances and give people interesting stories they weren’t seeing before.

When we are live streaming on Facebook, it’s explosive…Now, next to the giant of YouTube there’s also the giant of Facebook. When these two are put together and you can work them in concert, all of a sudden we’re talking about live numbers that are larger than TV, let alone video-on-demand where we blow them out of the water.

I&T Today: Journalists were afraid the internet would end journalism, but it seems that was short-sighted.

CY: That’s exactly right. First of all, we’re hiring, and when we hire, we’re bringing journalism back, along with sexy. The journalists we’re hiring, we’re not telling them “Hey, make sure you get access, don’t lose access to Trump or Hillary Clinton.” We’re telling them, “Go get’em. Go be what you’re supposed to be, which is a watchdog of the government.” It’s exciting times ahead. What’s new is old again or what’s old is new again and so there’s going to be a rebirth of journalism like they haven’t seen before. Now we’re going to be real watchdogs.

Merging the Past With the Future of the Tour Bus
Seeking Disagreement: How Challenging Assumptions Can Help Your Business