You Are What You Eat: Interview with Kimbal Musk

Kimbal Musk unapologetically wants to change the world. We all entertain these notions at times, but he is the rare individual who can actually accomplish such a lofty goal. His older brother receives more attention, but in the same way that Elon Musk is seeking to smash the existing paradigm of transportation, Kimbal wants to transform the industrial food culture in the U.S.

Kimbal Musk was born in South Africa. His mother was a prominent dietitian and his father an engineer. In the early ’90s, he met up with his brother in Canada, and together they started two highly successful ventures, Zip2 and X.com, which became PayPal. Elon went on to found SpaceX and eventually became CEO of Tesla Motors. Kimbal decided to follow a different path, after a near-fatal skiing accident. He wanted to change the very nature of the food industry, to move towards a more sustainable, healthier alternative.

Innovation & Tech Today: In a broader sense, how do you think we’ve arrived at this point where the food supply has become so artificial and commercialized? 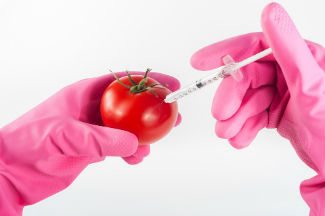 Kimbal Musk: I think that basically, we had a lot of entrepreneurial energy about 50 years ago. We really looked at the problem of how to feed the world, and incredible innovation happened. But it’s not about feeding the world anymore; we had already figured that out many, many decades ago. It’s about nourishing the world. Type 2 diabetes is now a normal thing. I mean, 30 years ago it was unheard of for a child to have type 2 diabetes. Now there are entire wards in hospitals dedicated to childhood diabetes. It’s a disaster. I don’t judge people for selling people what they want. But that Big Mac, it’s no longer food. When I was a kid it was actual food; now it has 47 ingredients in it. One of them is beef, and one of them is flour and 45 other ingredients you can’t even spell.

I&T Today: Do you think on a macro level that education around these food and sustainability issues is starting catch on?

Kimbal Musk: I would say that the consumer is definitely catching up; we are seeing incredible demand for real food. There’s an enormous amount of change that needs to come down the pipe on how we farm food, and we spend a lot of time with helping farmers figure out how to scale. The majority of the farmland in Iowa is owned by people over the age of 75. And their return on investment is between minus 2% and 2%, literally the lowest return you can imagine, and there are more productive uses that can be gotten from that land.

If you think about the food culture, we had ten years ago before the millennials came along, that was a food culture where the price was the only thing that mattered. All of the foods that were being served by McDonald’s, or Applebee’s or Chili’s, just became really kind of gross. The thing about sustainability is that real has to care about the planet, it just has to. No one in the millennial generation wants to be part of doing the same kind of damage that their parents and their grandparents have done. They want to be part of the solution, which I love. Sometimes they can be seen, as not understanding how the real world works. I’m like thank god they don’t, because the less they know, the better because it’s horrible.

I&T Today: How did you become so passionate about food and sustainability?

Kimbal Musk: I had a very serious accident. I broke my neck in 2010, and I was paralyzed and bedridden for two months. I had a lot of time to think about what my purpose in life was, and it was staring me in my face the whole time. Which was to go and help accelerate a change into a real food culture, as opposed to an industrial food culture. So to have that very difficult thing to happen to me was frankly one the best things to ever happen to me. To break my neck and be forced to look at what my role in the world should be.

I&T Today: How did The Learning Garden come about? 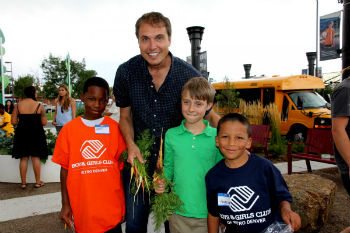 Kimbal Musk: We played around with different models, and the one that continued to work so much better than anything else was school-gardens. We decided to take what we had learned and design a new kind of school garden, called The Learning Garden. And what it’s about is creating an outdoor teaching environment that is an edible schoolyard. We don’t allow fences around the garden, and that enables people to use it after school as well as on the weekends. But more importantly, every day at recess kids can play in the garden. The other thing we did was that traditional school gardens fall to pieces after a few years; they’re hard to maintain and become massive headaches, so we said let’s build one that is bulletproof and will last for decades, and will be very easy to maintain.

I&T Today: How do you ensure that healthy, sustainable eating doesn’t become something that only the wealthy can afford?

Kimbal Musk: So for us starting with very young kids, where we educate them on what real food is, why it’s important for their bodies, we see the change. What we’re then able to do is get the parents understanding what real food is. The actual cost of real food is not that high. It’s not like it’s something for the 1%. When you think of a McDonald’s meal for a family of four, it’s going to be like $25. If you cook at home, a roast chicken with some vegetables and potatoes, it’s going to be $15. So it’s about their priorities, it’s not about price. It’s actually a lot cheaper to do real food than it is to do industrial food. People say they don’t have time, but then you look at the amount of time people spend watching TV, and they have plenty of time, it’s just a matter of priorities.

I&T Today: Can you talk about what you’ve accomplished in Memphis with the Real Food Change.

Kimbal Musk: Memphis is really an exciting community. The amount of time and energy being put into the real food economy there is extraordinary. Not only our restaurants and the 100 schools with our Learning Gardens, but we’re also working with some farmers who have tens of thousands of acres who are farming cotton. It’s a crappy business. They’ve been doing it over and over again, and nobody makes money with cotton anymore, at least not in America. So they’re actually really interested in changing to real food. I’m hopeful that in a few years Memphis will have the most powerful real food economy in the country.

I&T Today: What are your thoughts on Genetically Modified Organisms (GMOs)?

Kimbal Musk: I’m a very pro-science guy; the concept of GMOs is promising. But the reality is it’s tied very closely to the obesity epidemic in America. So people talk about it feeding the world, and it’s just bullshit. It’s not feeding the world, most of the production is just in America, and most of the countries won’t even accept our exports of GMOs. So really what it is doing is feeding America in a cheaper way, but the food that it’s producing is hardcore industrial food, which is all about heavy fossil fuel use, only about calories and nothing about nutrition, and GM crops are designed just for that.

I&T Today: It’s strange that people become so rabid about picking a side with this issue. It’s undeniable that it’s contributing to the obesity rates.

Kimbal Musk: Look. I see it first hand; we see it in our food with high fructose corn syrup. But do you know what the most telling thing about this bullshit is? It’s that 25 million acres of our land, is farmed for ethanol using genetically modified crops. It’s stupid. You are not doing anything for the environment. You’re taking 25 million acres of some of the most valuable land in the world, and farming ethanol. If we really need to feed the world, if that’s really our goal, what the hell are we doing taking an area twice the size of the central valley and farming ethanol? 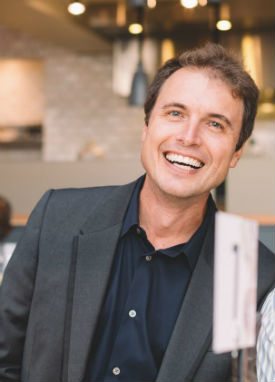 Kimbal Musk: Unless you’re in the business of selling seeds, and you don’t care about feeding the world at all. I don’t judge a company for selling more seeds, but don’t hide behind the excuse that you’re feeding the world. The most unhappy people in this whole thing are the farmers themselves. These poor farmers are stuck in a system where they cannot farm anything but corn and soybeans because if they do the government will punish them.

I&T Today: Do see your involvement with companies like Tesla and Chipotle as being part of a trend towards sustainability for corporations?

Kimbal Musk: I feel very fortunate to be on the board of both of those companies. I wouldn’t be part of those companies if I didn’t think they were part of the solutions for the future. Sustainability is critical to our future. Whatever you’re doing, even a magazine or website, if you have no thought towards sustainability you’re going to get steamrolled pretty soon. Those two companies happen to lead the way, one in food and one in transportation.

I&T Today: Where do you see the U.S. moving in terms of food sustainability?

Kimbal Musk: The biggest thing is that the consumer demand is making everyone pay attention, so if you think about Chili’s or Applebee’s, or TGI Friday’s or McDonalds, you can see the whites of their eyes. They are not selling a product that the consumer wants. I hope all those companies succeed to convert from their industrial food to food that is more nourishing for their guests. I think everyone has to move there, and if they don’t, I think it’s going to be similar to Tesla and the car industry. The folks in the car industry that aren’t moving to a sustainable form of transport, I mean good-bye; it might take 20 years, but good-bye.

Kimbal Musk is an investor, entrepreneur, philanthropist, and a chef.

Kimbal is on the board for Tesla Motors, SpaceX, The Anschutz Health and Wellness Center and Chipotle Mexican Grill. His personal mission is to get communities rapidly thriving by improving every part of the food culture. Kimbal is a co-founder of The Kitchen, a growing family of restaurants that sources directly from local farmers, stimulating the local farm economy to the tune of millions of dollars a year, and creating quality jobs. In 2011, Kimbal co-founded Big Green, a complementary non-profit organization. Big Green has already built 200 Learning Gardens reaching over 120,000 students every school day, improving their vegetable intake and academic achievements. One of The Best Chefs… Made For TV: Carrie Baird… STK Brings Sexy Back To…