#Politics and the Rise of the Internet Journalist

“In our age there is no such thing as ‘keeping out of politics.’ All issues are political issues, and politics itself is a mass of lies, evasions, folly, hatred and schizophrenia.”

Orwell penned those words over 70 years ago, but, like most of what he wrote, they are as true today as when they were first typed out. There is no escaping politics, any more than one can avoid breathing; even ignoring politics is a highly political act. It also begs the question of how the media covers politics, of whether there can ever be objectivity when covering something so deeply personal. 2016 will be remembered as the year when technology, and specifically the Internet, was truly unleashed onto the American political system for the first time. This summer has witnessed the first presidential campaign in a truly digital age, and it will change how Americans think about politics forever.

The concept of ‘Technology’ can be distilled into a force of innovation that disrupts entrenched systems. From the advent of agriculture to the printing press to the iPhone, the underlying thread isn’t the gadget itself but how it changes society. There has never been a more radically disruptive force than the Internet. It has transformed how we conduct business, interact socially, hail a cab, experience entertainment, and disseminate and digest information in revolutionary ways. 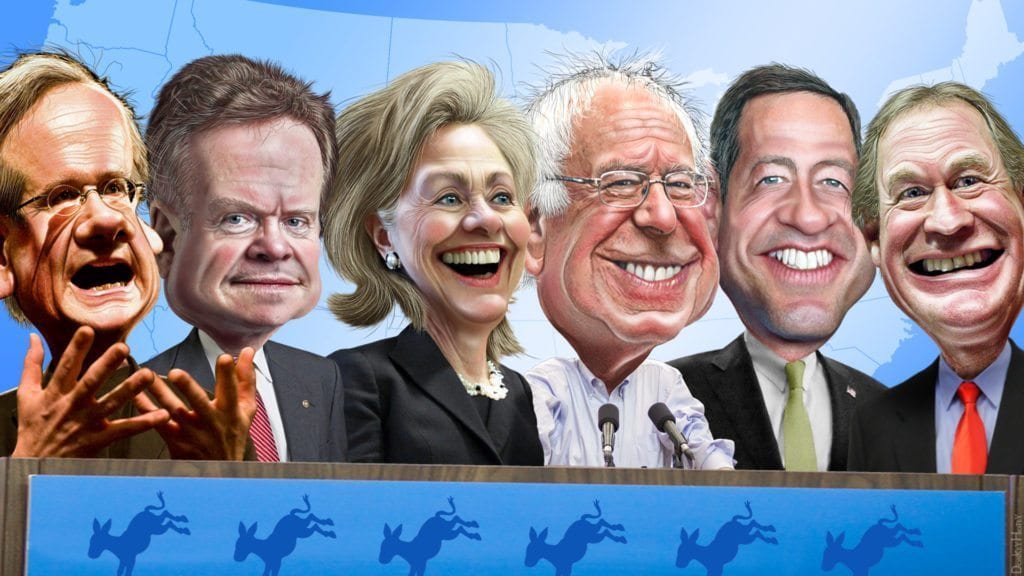 Strangely, up until now, our political institutions have remained largely untouched by the Internet. Sure, in 2008, then-Senator Barack Obama deftly used Facebook to rally support, and in 2012 Ron Paul used social media to raise both money and awareness to his Libertarian campaign. However, these were nothing more than a dress rehearsal. As always, the entrenched power structures failed to see what clearly was their coming demise.

THE MEDIA FAILS TO SEE THE COMING STORM

On June 15th, 2015, CNN ran a story by Julian Zelizer, trying to parse out why Bernie Sanders was drawing enormous crowds. Over 20,000 cheering fans had come out to hear the Vermont Senator speak. In a rare moment of clarity for CNN, they keyed in on a truth: “…In an age when so many politicians seem so scripted, Sanders actually believes in something.” Of course, they dismissed him out of hand, believing that Hillary Clinton’s machine would pick up a few of Senator Sanders’ ideas and incorporate them into her campaign. The next day Donald Trump announced he was running for president.

After descending a gold-colored elevator at Trump Tower, flanked by his wife Melania, Donald then stood in front of eight American flags and delivered a speech directly tailored to a reality show era. The Washington Post described the speech as ‘rambling,’ and The Huffington Post said it was a “disaster.” The broad strokes of it, building a wall, making America great again, and a generous mix of populism, nationalism and a dash of xenophobia would soon dominate the news cycle. At the time, he was dismissed as a joke candidate. David Remnick, an editor of The New Yorker, told readers last summer that Donald Trump was running for president as a publicity stunt, and the “whole con might end well before the first snows in Sioux City [Iowa] and Manchester.” The Huffington Post chose to cover his candidacy in their Entertainment section. Statistics guru, fresh off his perfect 50/50 state predictions in the 2012 election, Nate Silver of fivethirtyeight.com gave Trump a 2% chance of winning the Republican nomination.

Why were these people who cover politics so wrong? The answer is rather simple in retrospect; they were part of entrenched power structures that had failed to realize they had been replaced by technology and a new style of journalism. To be fair, they probably are still unaware.

OLD MEDIA vs. THE INTERNET

The media for far too long has had a cozy relationship to power and politics, and they trade access for coverage in a business model going back generations. This election had already been decided; Jeb Bush would face Hilary Clinton in the fall of 2016, ensuring that for 40 straight years of administrations, a Bush or Clinton would occupy either the Presidency, Vice-Presidency, or Secretary of State positions. For decades both parties put forward candidates that aligned with the interests of traditional Washington power. Newspapers and cable news outlets then covered these candidates and suppressed those considered outside of the mainstream. However, because of the Internet, people no longer relied on newspapers or cable news to get their information. People began to increasingly get their news from alternative sources via Facebook and Twitter, and millennials were just as likely to turn to Bill Maher or John Oliver for their news than they were to Anderson Cooper or Rachel Maddow. It didn’t help that MSNBC, FOX NEWS, and CNN had begun breathlessly covering politics like a sports game, with an endless train of loud, talking-heads, having more in common with a circus sideshow than an actual discussion.

The media failed to notice that the infinite numbers of Internet-based bloggers and shows had significantly eroded the power of an old media model. There had been a tectonic shift in viewership towards new media. More importantly, these online outlets had adopted a very partisan stance; no longer was there any pretense of objectivity, replaced by a new generation of journalists wearing their political affiliations with pride. The usual handwringing ensued that the Internet had killed journalism. They imagined a magical time when an unbiased and stoic Walter Cronkite delivered the news, and the good of society was paramount. Any adult with a cursory understanding of the history of newspapers, muckrakers, or Citizen Kane should recognize the inherent silliness of this notion. 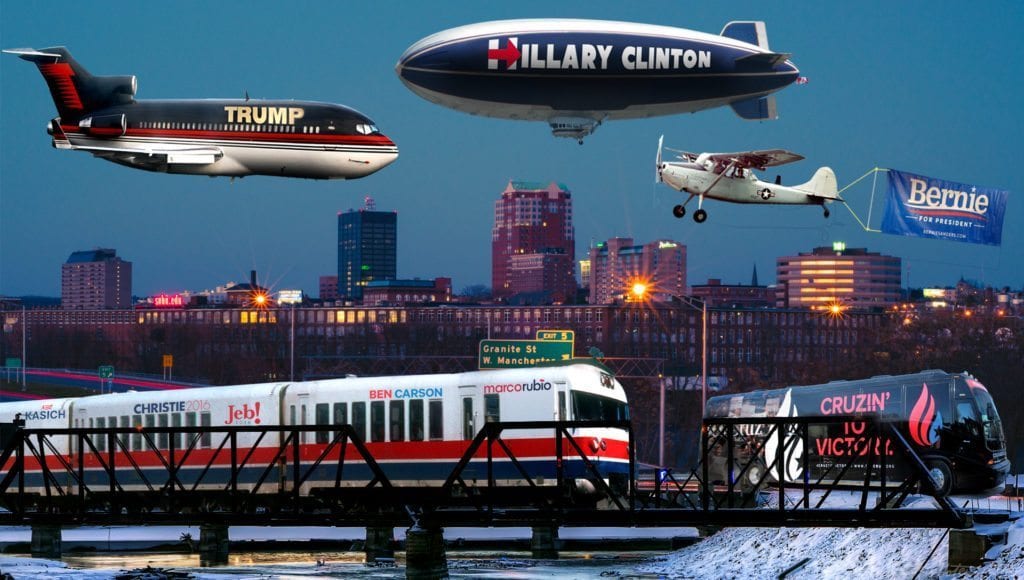 The country has become extremely divided politically, and unfortunately, real hatred of opposing views has dominated the discourse. Because your friends often share a similar worldview, there ends up being a social media confirmation bias-bubble of people expressing beliefs that you inherently know to be ‘true.’ This, in turn, feeds a desire to find news sources that confirm your opinion and the Internet was more than happy to oblige. Breitbart. The Huffington Post. The Young Turks. The Drudge Report. Salon. Infowars. Politico. Daily Kos. The Blaze. Along with hundreds of others, these sites sought to represent various streams of American political thought.

When you sit down to talk to Cenk Uygur, his excitement about this change in journalism becomes infectious. He is a former MSNBC host and the founder of The Young Turks, a politically progressive YouTube channel with over 2.7 billion total video views that routinely outperform cable TV news programs. His veneer of sarcasm belies a true love of covering politics. “I don’t see why anyone would watch TV news anymore. Our coverage is so much more engaged and passionate; instead of listening to a bunch of news actors tell you what’s happening in the world. Why would young people want to watch a robot-like Wolf Blitzer tell them the news?”

It’s hard to argue with the numbers. If you combine YouTube and Facebook live, TYT averages 200 million views a month. Cenk was far less surprised by Trump’s ascendancy. “I think Trump is a fascinating phenomenon. People are freaked out that this reality show guy is winning. But when you think about it, the most popular entertainment format is reality television, and now we have a reality show host in contention to be president. We shouldn’t be overly surprised by this; we turned all the news into entertainment.”

On the other end of the political spectrum is Milo Yiannopoulos, the technology editor of Breitbart.com, one of the largest conservative websites.  “This is the first cycle in which not just the Internet but trolling, mischief and memes have really penetrated the mainstream.”  He exudes an Oscar Wilde like persona, complete with perfectly coiffed, bleach-blonde hair, an upper-class British accent and the propensity to anger people with an unrelenting style that evokes, in equal measure, Christopher Hitchens and an Internet troll.  He is unapologetically conservative, anti PC, and openly gay. 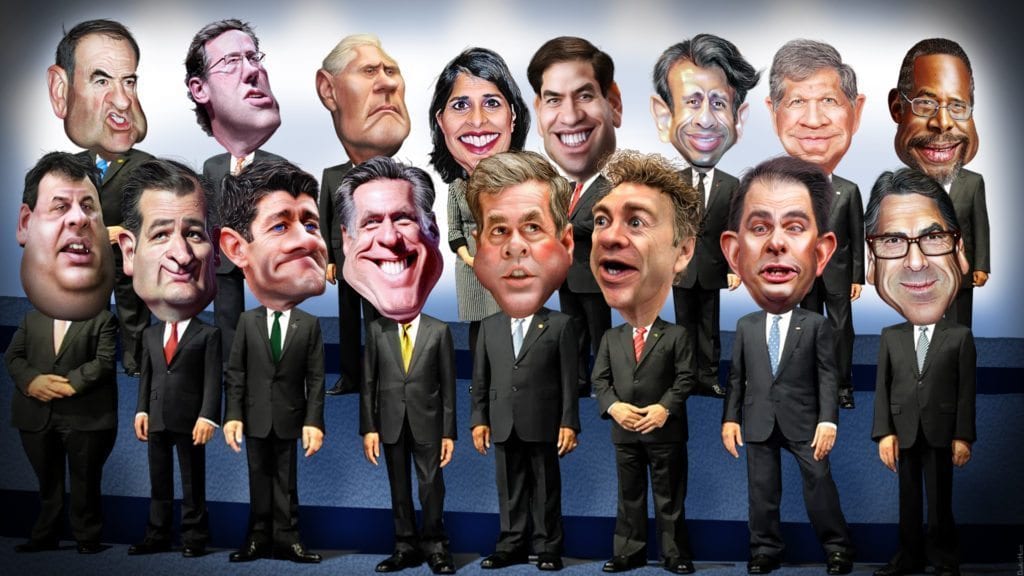 “Social media is ubiquitous, and the web’s pranksters now have instant access to journalists and commentators via Twitter. The best example so far is the Ted Cruz – Zodiac Killer rumor. It started off as a joke on Twitter, and less than a month later, Cruz’s wife had to respond to it publicly.”

THE ELECTORATE STRIKES BACK

So the mainstream media, confident that they still held sway, scoffed and prognosticated and got everything wrong. They scratched their collective heads as outsiders drew crowds larger than anything ever seen before in politics. But the voters no longer cared what they said because they don’t get their information from CNN or Fox News. This is an online age, where the narrative of a media cycle can be measured in minutes rather than days. And trending topics and the Facebook newsfeed are infinitely more important than think pieces by the New York Times. The establishment media failed to recognize a deep cynicism, a viral feeling infecting the electorate that the game was rigged. They laughed at blogs and sneered at online journalists as something less meanwhile, they failed to adapt or recognize how technology had changed the tastes of the consumer. It doesn’t matter what ends up happening with this election, journalism will never be the same. As always, the Internet defeated an older model.

Cenk Uygur summed it up this way. “If the establishment was unnerved by 2016, wait till they get a load of 2020. They might be able to stem the tide this election… but by 2020, it will be a tsunami.”